In the period 1910 to 1930 ALL boy's [seamen and communicators] were taught the sending and receiving of the Morse Code using hand flags.

This was regularly used for short messages from ships to their seaboats [for example] and between small vessels which did not carry a communicator.

The direct alternative to this system was semaphore but that was a skill only signalmen mastered and when used between competent signalmen at fleet speed, it was a very impressive sight. Morse by hand flags required the user to learn and remember just four flag states as follows:-

In the demonstration below I have shown three speeds of flag states changing every 0.5 second, every 1 second and every 2 seconds.  Boys became proficient and ready for sea as shown in the middle picture below.  An expert could master the speed of the first picture whereas sea cadets and boy scouts achieved speeds shown in the third picture.

Can you recognise what is being transmitted ? Answer below.

The word "HELLO"
and this boy is using signal flags [semaphore]
but from where ? 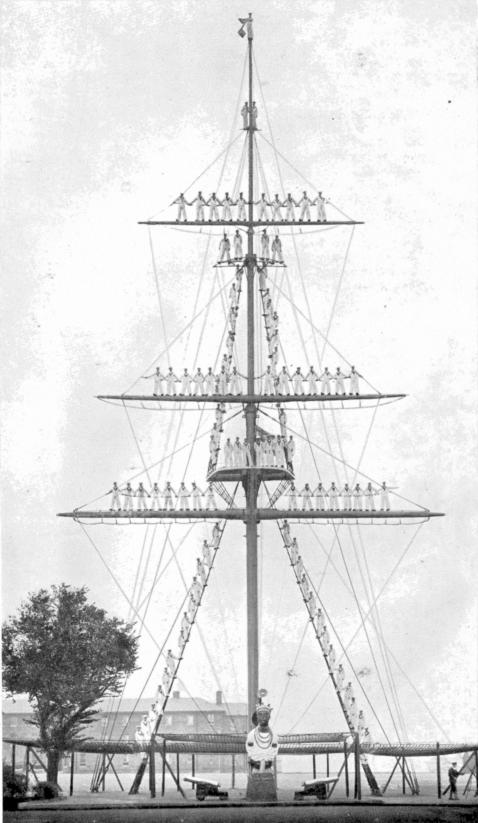