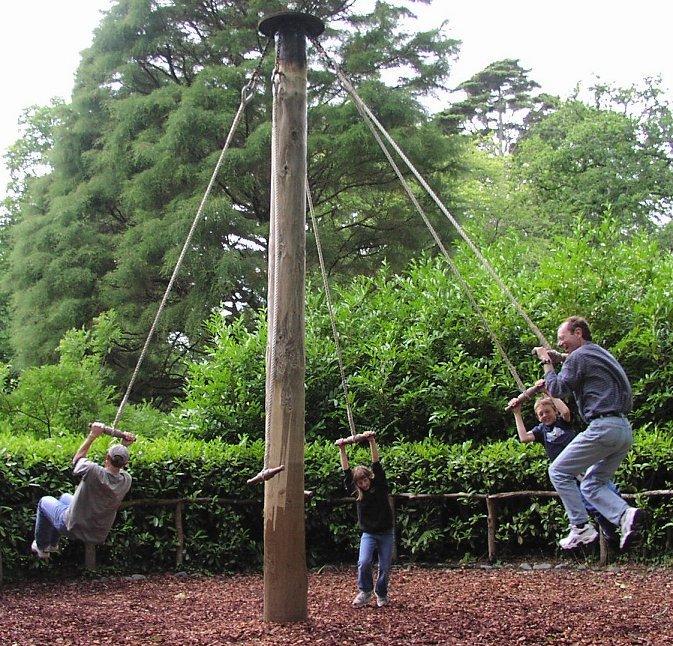 A giants stride is rather like a maypole but a bit more fun and certainly more demanding physically. Like the maypole, it is an object going back to the middle ages.  It is a pole on top of which there is a revolving flat wheel to which ropes are attached. There is a wooden handle on the bottom of each rope, and the object is to get the flat wheel to turn so that you can effectively 'fly' before you again need to touch the ground to enhance the spin. The ropes are attached in such as way as to not foul one another. Picture above  is a modern-day contraption from the UK and that below [a thumbnail], a typical 1920's  U.S.,  version.

This is one of several pictures in a series of pictures on the site showing the original build of Shotley Barracks, which I have isolated and copied across to this page.

For this purpose of elaboration, I am using it again to show in detail where the Giants Stride was erected;  the Mast which came later  and is shown as  a pen and ink addition to the original map/drawing of 1905,  added in 1908;  and the first mast ever erected in Shotley  [1903] called the F.S. = Flag Signalling, which was used for seamanship training as well as for signalmen training