One minute I am just a private sailor: then overnight as it were, I become an 'icon' for Royal Naval recruiting!!

This little anecdote is all about a young LEADING RADIO OPERATOR, just  a day after we, [the Navy crowd], had celebrated Lord Nelson's victory at Trafalgar [1805] in October 1959.  His name was [and is, thank God] Preston. E. Willson. Note the two 'L's' in his name - very important because it makes an 'L' of a difference to the story which is to follow. Preston prefers the time honoured name of TUGG, and from hereonin, we will refer to him as such. Incidentally, now you know that he is still alive and kicking, you might also like to know that he is healthy, well, and enjoying his third career, and he left the RN after a full career as a Chief Radio Supervisor. Here he is in a recent photograph with his wife Brenda.

HMS CHEVIOT, a destroyer, had been East of Suez, a posh way of saying in the Far East, for many a long month [she left the UK in May 1955] when the star of our story joined her in Singapore.  He was to serve in her for 18 months out there, and to bring her home back to the UK , arriving Portsmouth on the 22nd October 1959. Poor old CHEVIOT was doomed to the Reserve Fleet, as well as to UK weather, and she shivered for many a long lonely night in Fareham Creek before becoming what we men need most after you know what, namely, razor blades.  It was certainly no way to 'treat a lady.'

Anyway, whilst east of Suez, and commanded by Captain W.D. Obrien Royal Navy, with a broad stripe on his funnel depicting his appointment as Captain of the 8th Destroyer Squadron, CHIEVIOT happened to call in to the Seychelles [poor things]. Tugg, reluctantly was dragged ashore, and there, at a beach cafe called the "Pepper and Salt" he met the owner who, surprisingly for those days [not necessarily true today] was an ex pat, a Brit. This man had been the 'security man for.....' [the gaoler perhaps!]  Archbishop Makarios, who had been exiled from Cyprus to the Seychelles by the British.  In addition to his stories and experiences, he had two other things to 'get-rid-of'.  One, was his wares, the very reason for owning and running a cafe, but the other, a TURTLE, a CUDDLY TOY, was a worry to him.  He wanted it to go to the UK but feared that air transportation [and commercial shipping for that matter] would not be suitable.

Enter Tugg. Tugg  listened to the poor man's plight, and being the man he is, offered to take it to the UK via the Grey Funnel Line, better known as one of Her Majesty's Warships. Now, there are turtles and there are turtles: some big and some small, but Tugg got lumbered [because he was on a BIG destroyer] with a BIG turtle.  True to his word, the turtle took passage to the UK, but not as a 'passenger' or a stowaway.  He was made to perform for his supper, and regularly appeared on deck wearing a pair of roller skates [bought by a doting father for a son].  The turtle, surprisingly not named, became a celebrity.  On the date previously  mentioned, Cheviot docked in Portsmouth, and whilst Tugg was going ashore [trying hard to hide the turtle] he was spotted by a civilian reporter/photographer. "Hold it above your head" cried the reporter " and let's have a big smile please".  Tugg did as he was bid, and the event passed into history: yet another ship arriving home. The turtle was despatched to its intended owner.

Some six years later, in 1965, Tugg was again away on the high seas, when his wife, Brenda, [married 1961] happened to notice in her newspaper [repeated countless times in other news media] an advertisement for joining the Royal Navy.

The advert showed text and a picture of a sailor, and the more Brenda looked at it, the more she was convinced that it was a picture of her husband. After viewing several advertisements in various newspapers, she was sure that it was a picture of Tugg. Here I have shown two advertisements. One is Tugg in portrait, and the one below, Tugg  in landscape.  The thumbnail has a cap-tally which clearly [from the original] reads CHEVIOT, whereas, the large picture has been tampered with

, and the cap-tally name is blanked out before publishing. Brenda decided that she would write to the Admiralty Recruiting Office to tell them about her finding.  They, very kindly sent her letter to the company who had taken and who owned the copyright of the original 1959 photograph, and they in turn responded with this letter.

They were also kind enough to send her  a copy of the original photograph.

I suppose that the moral of this story is that you should always keep yourself in fine fettle [rather like clean underwear just in case.....] because you never know when you will be called upon for great things.  I wonder, how many young men responded to, and subsequently joined the navy just because of Tugg's  happy smile, little knowing, that his original stance, of arms above head, had been re-arranged to hide that damn turtle.

Oh! By the way, here is a picture of the real thing [or things] just to prove that not all turtles at sea taking passage in HM Ships are stuffed or cuddly toys

{picture taken in 1996 under the supervision of the commissioned warrant officer}.

All the best Brenda and Tugg 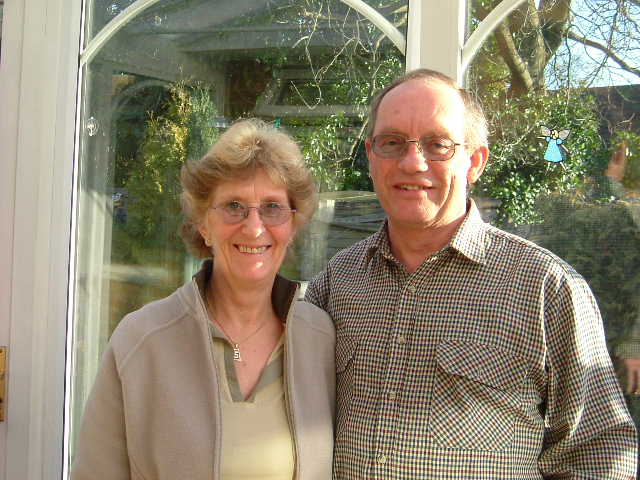 Date line 11th November 2011 and this lovely couple above celebrate their Golden Wedding [date of wedding 9th December 1961]. A generous phalanx of people, consisting of family and friends gathered at a Wickham hotel where we enjoyed an excellent meal in wonderful company. That young man above gave the traditional husband's speech which was well received although we all felt a little sea-sick half way through! Here is that speech.