Whilst I remember the titles, I never served there [HMS Warrior] but I was on the receiving end serving at sea !

Recently [January 2009] whilst searching for other material, I came across some old papers about the Suez War of 1956. There I found a couple of things of interest, which, many moons ago I would have known about, but today, I had forgotten.

In a minute we will be meeting another CTF 345 but this one packed a punch and not just a promise of a punch, and was to say the least, a little LARGER !

For example, the whole Suez operation was called OPERATION MUSKETEER but its original title was OPERATION TERRAPIN.

Under the umbrella of OPERATION MUSKETEER came no fewer than thirteen [13] associated OPERATIONS which were as follows:-

Amongst these titles were others, which, since I have the space, I will list here

Other noteworthy things were:-

Now back to those Task Forces.

For those of you not au fait with Task Force breakdowns, here is an easy to follow and quick breakdown of the system.

The naval units [and in this case a large number in total] are assigned to parts of Task Force 345 as follows:-

The Commander Task Force was  Vice Admiral Sir Robin Durnford-Slater and this is a picture of him at that time. He joined the Royal Navy in 1923 and left in 1961 as a full admiral {1958} having been the last C-in-C Nore. He was knighted as a KCB. He died in 1984. 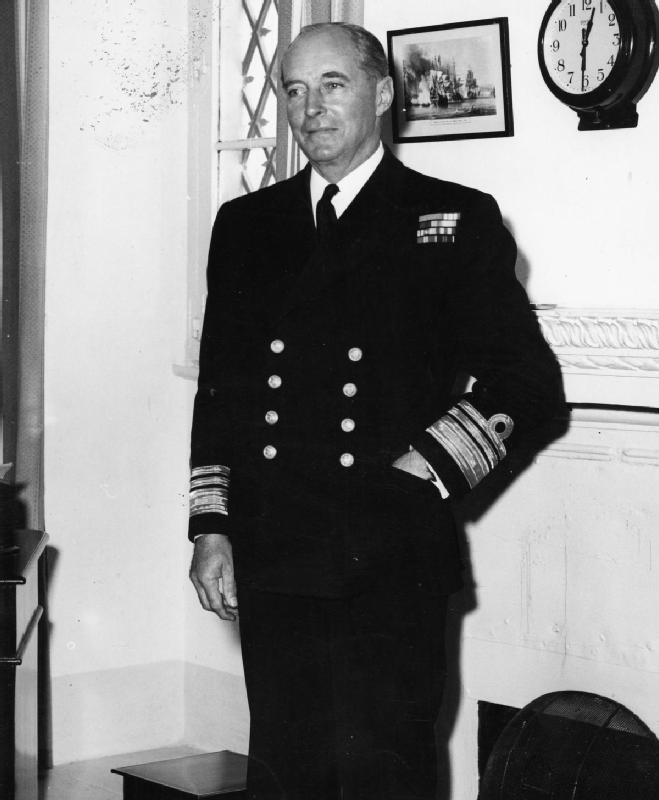 During the Suez War, Task Force 345 had one French battleship the Jean Bart, seven aircraft carriers, cruisers, destroyers, frigates, minelayers, minesweepers, assault ships and craft, depot ships, survey ships, heavy repair ships, hospital ships, submarines, tugs, supply ships, salvage ships, all [British and French] controlled from the Flag ship HMS Tyne by CTF 345 Vice Admiral Durnford-Slater. Then comes a Task Group and for ease of understanding I am going to assign the Aircraft Carrier EAGLE as Group 1; the two French Carriers as Group 2; the Carriers BULWARK and ALBION as Group 3; the Carriers OCEAN and THESEUS as Group 4; the heavy Cruisers Group 5; etc and the senior officer in each ship [or the senior officer if more than one ship] becomes the CTG - so CTG 345.1 might be an admiral embarked [flying his flag] in EAGLE. HMS EAGLE needs destroyers/frigates to help protect her, so we will give her four ships A.B.C and D. Now EAGLE [herself with her captain] plus A,B,C and D make up TG 345.1. CTG 345.1 [The Captain of HMS Eagle] now decides that he wants ship A to take a surface attack role, ship B to take on anti submarine watch, ship C to act as plane-guard/Chaser [just in case any of EAGLES aircraft crash land into the sea] and ship D to be a dogs body with a roving portfolio. He could therefore use the Task Force breakdown and appoint ship A as CTU 345.1.1, ship B as CTU 345.1.2, ship C as CTU 345.1.3.  Ship D in this case could be assigned to either Task Unit of ships [A,B or C] as a TU, so, if he joined with ship A in a shooting match with an enemy ship, ships A and D would form TU 345.1.1 and the captain of ship A would be the commander, the CTU.  If later on, extra ships were assigned to EAGLE, they could be assigned to the existing TU's or be formed up into TE's to perform specific tasks.  In the latter case, they would be TE 345.1.1.1 [.1.1.2 etc] the senior officer of the ship assuming the role of CTE 345.1.1.1.  It doesn't take too much imagination to see how each and every ship has a role to play and fits into a know breakdown pattern.

Before moving to the list of ships involved at Suez, look above to the role of HMS NEWFOUNDLAND stationed south of the Suez Canal in the Red Sea.  She was part of Task Force 324 covered [from the table above] by Operation TOREADOR.  Task Force 324 had but one ship, the NEWFOUNDLAND but the Commander, CTF 324 was also CTF 345 [two hats] in HMS TYNE north of the Suez Canal namely Vice Admiral Durnford-Slater.  Instructions for the NEWFOUNDLAND, which actually sank an Egyptian frigate, was addressed from CTF 324 to TF 324.  However NEWFOUNDLAND couldn't send signals from TF 324, so, as well as being TF324, she was also CTG 324.1.  Having TF 324 in being, allowed for any 'joiners' from East of Suez Stations coming to assist the NEWFOUNDLAND, but in the event she coped well enough on her own.

If I have missed out any ships name please tell me and I will do a re-check of the files.